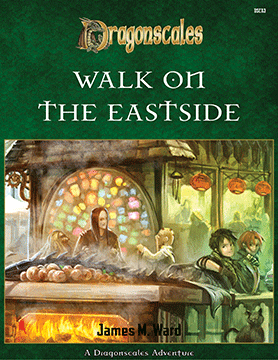 The East Side – The east side of the city is filled with inhumans of many types. Most are set up in clans and stay for five years and then move allowing another clan to come and live in the city. None of the inhuman groups enjoy the peace the deities keep in the city. They stay there to learn the ways of others and gain better armor and weapons for their clan. One would think that the fighting would be constant, but the deities carefully watch over this city. When there is battle of any type draw a card. On a heart an avatar of the nearest deity appears. It fights all the combatants and hits to subdue. When the combatants are all unconscious (because rarely do the avatars become defeated) the avatar strips the combatants of all of their valuable materials and takes those as offerings to their city temples. The victims can go to those temples and buy back their property at great cost (usually a quest or two). It doesn't take too many strippings before combatants realize they are foolish to fight in the city. Just outside of the east city walls there is a dueling circle that is busy almost all day long. All of the named streets are wide enough for six lancers to charge their war horses down the street. These streets are purposely kept free of obstacles.

Card Adventures present encounters and mini-adventures to drop into your campaign anytime things slow down a bit. This one outlines a series of encounters that can be run as the party travels the east end of the city.