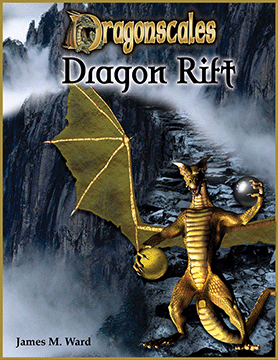 A great secret happened on the night of the full moon in the temples of the deities of Concord. Over night, powerful things stole into the heart of several temples. They stole the major relic of the temple. These were the devices charged with the power of the deities. Those relics where the heart of the temples. At first there was an effort to keep things quiet. Then horrible beasts started coming up the dwarf stairs on the east side of the Dragon Rift. Rumors started circulating by the Concord populace. How was it possible that attacks were being made in the city and the deities didn't turn those attackers to ash? The Speakers of the Air got together from each temple to reveal the thefts to their brother clerics. They all shuddered at the thought of the dragons in the west mountains finding out they could attack the Concord populace. Appeals to their deities revealed that some unknown force had stolen the artifacts of the deities and now hid them in many places in the cliffs on the east side of the Dragon Rift.

The king was notified and a group of powerful adventurers were tasked with exploring the highly dangerous and undeniable dangerous cliffs. Plans were made to fool the dragons of the western mountains. Plague flags flew on the castle walls. As dragons flew in to trade with the city, they were met by high level Speakers of the Air. The dragons were told to stay out of the city for awhile as they might catch the terrible plague that was striking the city. In the first few weeks the dragons stayed away. Day after day creatures came up from the east side of the Dragon Rift and attacked the citizens of the city. The army was called up and fought the creatures at the top of the east stairs. Many powerful heroes of the city joined the troopers to defend Concord.

The King of Concord assures you that you can't solve the problem within a few days. You will have to spend several weeks exploring the east face of the cliffs and the dangers will be many. During that time you will be well fed and housed in the King's castle and given honors only heroes receive. It's vital that you find the relics as soon as possible or Concord could be a smoking dragon ruin in the months ahead.

Dawn sees your well equipped adventure group heading down into the Dragon Rift.